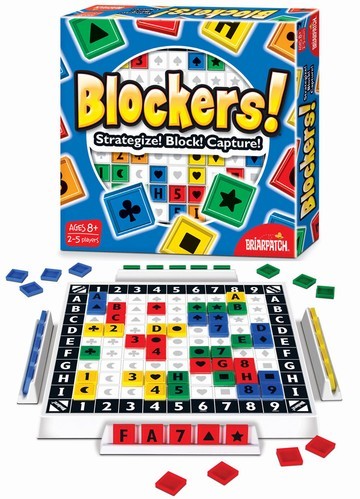 Blockers is a simple game of tile-laying and group-building. The object of the game is to play tiles from your rack onto the board and to connect them into groups. The winner is the player whose tiles form the fewest groups at the end of the game and who made the fewest captures of a single color. Blockers only takes a few minutes to learn, but it continues to provide new challenges to players of all skill-levels.

Blockers was previously published as Uptown, which had a slightly different scoring rule.